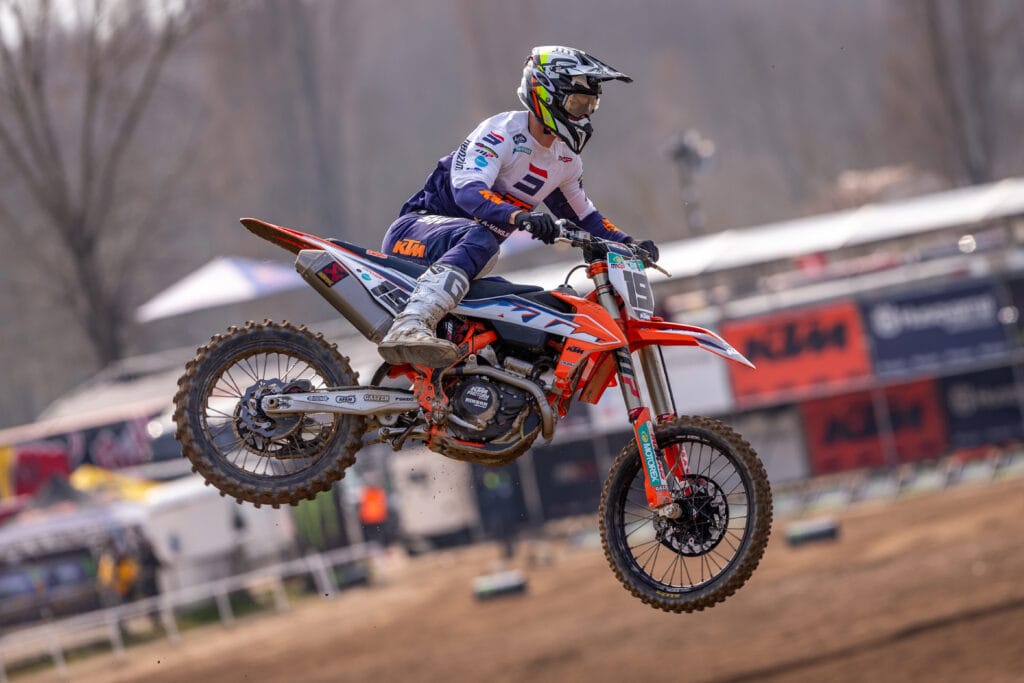 DIGA Procross KTM rider Thomas Kjer Olsen has been placed in a medically induced Coma after a huge off at the Latvian MXGP at Kegums, due to a head injury.

The team have just released a statement below:

“During the qualifying race for the MXGP of Latvia in Kegums, DIGA Procross KTM Racing MXGP athlete Thomas Kjer Olsen crashed heavily and was taken to hospital by the medical staff.”

“At the hospital, Thomas Kjer Olsen was placed in a medically induced coma by doctors due to his head injury.”

“Thomas Kjer Olsen is in a stable condition and is receiving the best medical care. The family and the Team want to thank for all the messages regarding Thomas’s condition and hope that this statement will be respected *until* further news will come out when there is more news to give.”