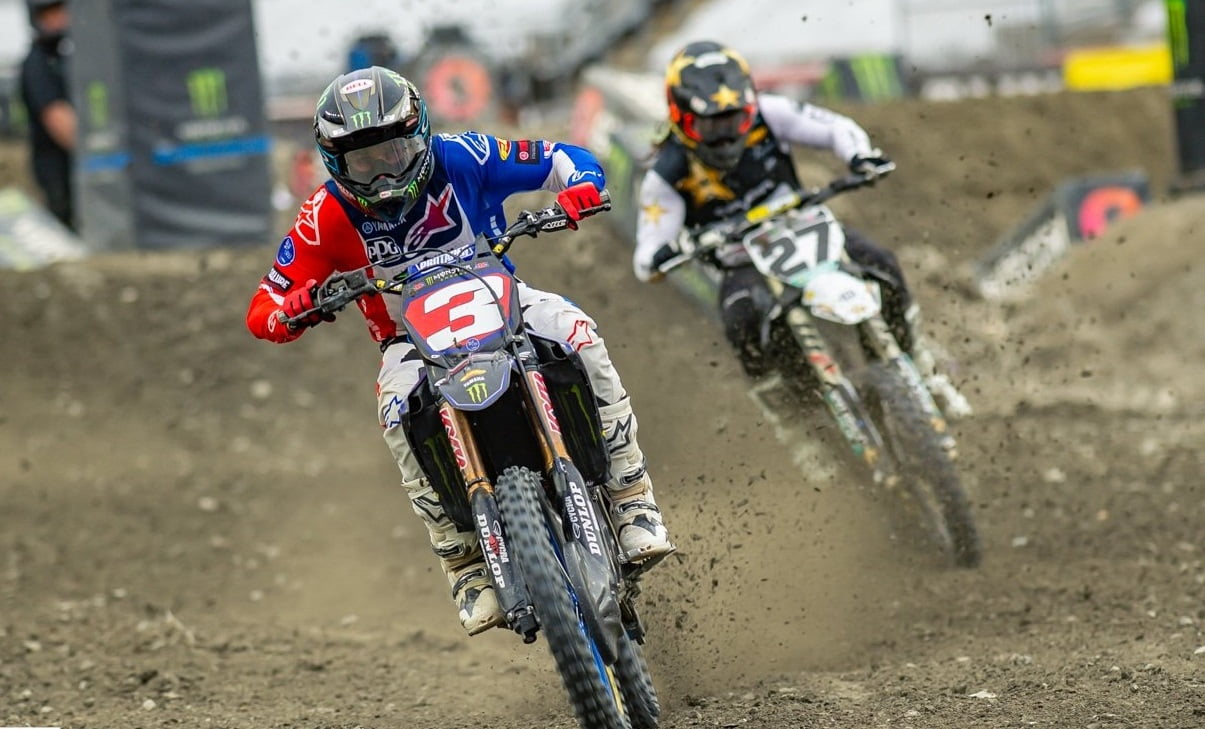 After the 450 Main Event in Foxborough, round 15 of Monster Energy AMA Supercross, the AMA announced that both Rockstar Energy Husqvarna’s Malcolm Stewart and Monster Energy/Yamaha Star Racing’s Eli Tomac were fined 1000$..

According to the AMA penalty report, Malcolm violated rule 4.19.b and was fined $1,000. The rule, is well, in regards to a rider or crew member relieving themselves anywhere other than in a fixed or portable restroom.

b. Riders or crew members observed to be relieving themselves anywhere other than in a fixed or portable restroom will be fined a minimum of $1,000.

l. At the conclusion of the Main Event, the top five finishing riders and their motorcycles must go directly to a staging area located at the podium. Other riders outside of the top five may also be directed to the podium staging area.