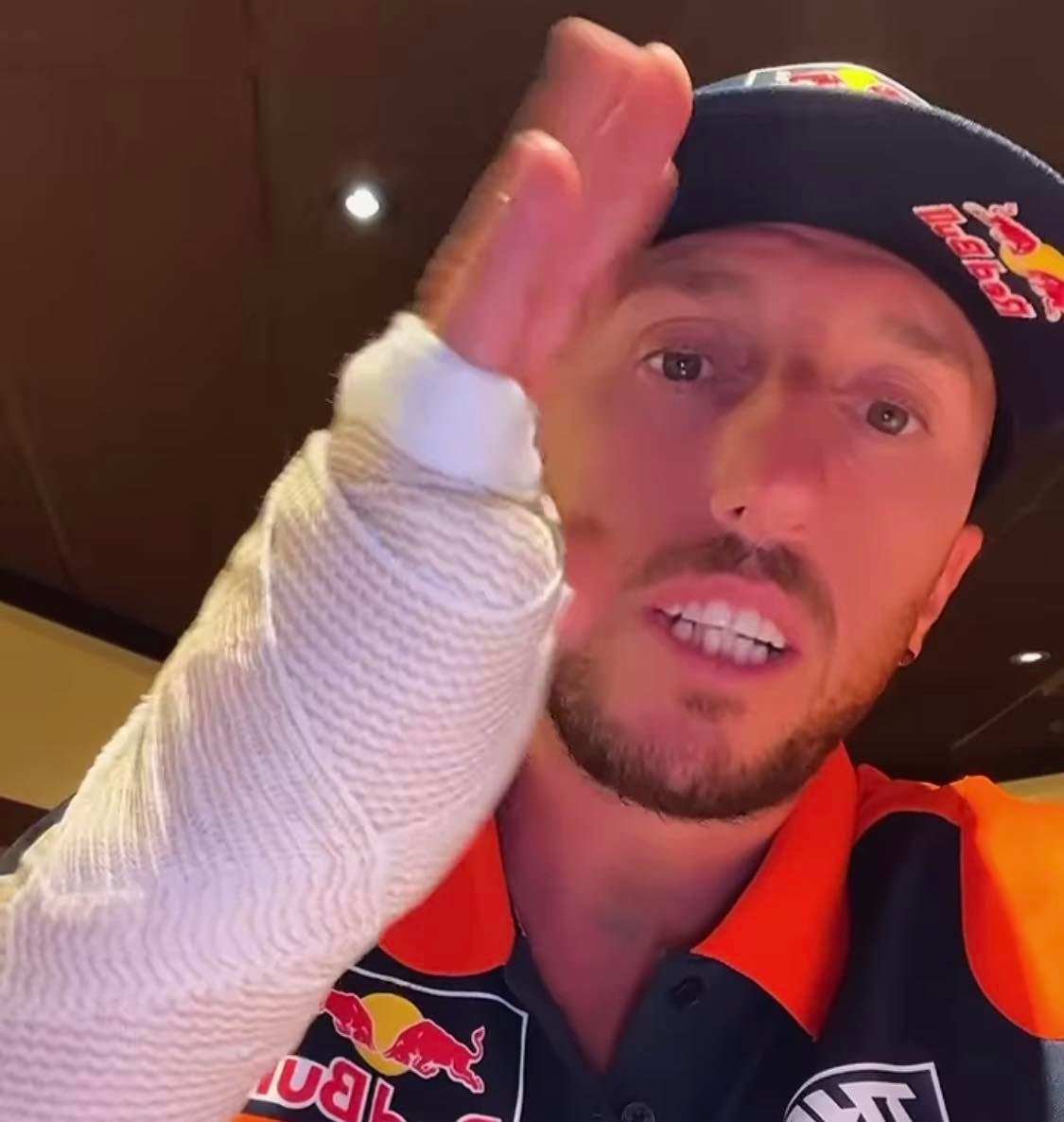 The 2022 AMA Pro Motocross Championship took on the iconic Budds Creek National for the tenth round on Saturday and Red Bull KTM Factory Racing’s Ryan Dungey was on top form all day, finishing just off the 450MX podium with close 4-4 moto results in Mechanicsville, Maryland.

Dungey had his KTM 450 SX-F FACTORY EDITION dialed in off the starts, as he found himself dicing for the early lead in both motos. Settling into a hard-charging third for most of Moto 1, Dungey battled through the final moments to finish just shy of the podium in fourth. With an even better start in Moto 2, the veteran jumped out front for the first two laps until Ken Roczen, Jason Anderson and Chase Sexton came in for battle. Dungey held his own up front, especially in the latter part of the race, to finish a mere second off the moto-podium. A pair of 4-4 results ultimately shook out to be fifth overall for Dungey, due to varying moto scores from other top finishers.

Ryan Dungey:“Today was a good day. I got really good starts all day. I came out second in the first moto and I rode a good race – I rode efficiently and I was able to push it to the end. The second moto, I got a good start again in third and then got into the lead. I led a few laps, which was really nice, and ended up fourth again. Not ideal on the overall but we’re definitely making progress.”

Tony Cairoli:“The idea was to come here to make some more gate drops before the Motocross of Nations. I always like this track and after 15 years I want to come back. I felt a little bit uncomfortable immediately after the incident and I just wanted to keep riding because I come all the way here to train at least a little bit. In the second moto, I put some ice and I hoped that it would be a little better but unfortunately it wasn’t good. I couldn’t really push the way I wanted, I just rode 50% of the possibilities and I didn’t want to crash and risk it. We checked it and unfortunately, I have a little crack on my hand and I just need a couple of days of rest and let’s try to regroup and be ready for Motocross of Nations, which will be our next race and our biggest of the year.”

Aaron Plessinger:“Not the weekend I was looking for. I had the speed but I didn’t put myself in the best position at the start of each moto to battle for a podium spot. I’m ready to come back swinging at my home track next weekend in Crawfordsville!”

In the 250MX class, Max Vohland continues his strong bid late in the season as he added a few more highlights to his 2022 reel. After topping the first qualifying session of the day, Vohland clicked off some more solid laps to secure his best overall qualifying of the year in fifth. He used that momentum to propel himself to the front at the start of Moto 1. Positioning his KTM 250 SX-F FACTORY EDITION in fourth early on, he battled inside the top-five all race long to secure fifth. Just narrowly missing the holeshot in the second moto, Vohland once again mixed it up inside the top-five for most of the race, ultimately finishing eighth.

Max Vohland:“I had some confidence coming into the first moto – I was able to check a mark off on the book and get P1 on the first qualifying and I ended up fifth overall in qualifying, which was the best this year. Coming into the second moto, we had some bike changes and it helped out a lot. I almost got the holeshot, it was actually the closest I’ve gotten to getting it, and it shows that my starts were where I want them to be, which is what we worked on, so I’m looking forward to Ironman.” Round 11 of the 2022 AMA Pro Motocross Championship heads to Crawfordsville, Indiana next Saturday, August 27 for the Ironman National.