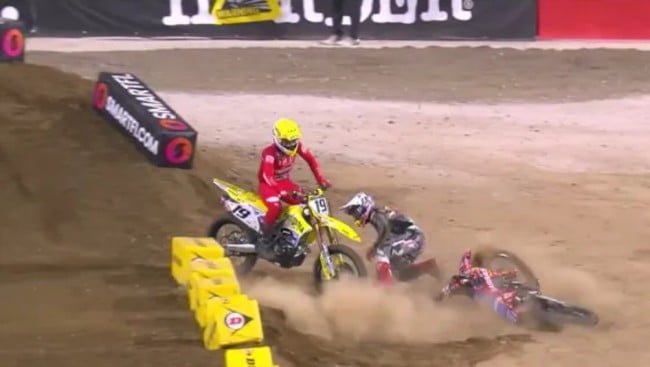 Justin Barcia was docked one position and Justin Bogle was disqualified after things got heated between the TLD Red Bull GasGas points leader and the HEP Suzuki rider in the 450SX Main Event at San Diego Round 3 Supercross.

Barcia run into Bogle first… They were battling for 10th at the time… Bogle was a lap down later on when he got into Barcia and took him out..

Which crash came first? Bogle into Barcia or Barcia into Bogle? I suppose Bogle has been DQ’d for some kind of revenge on Barcia.