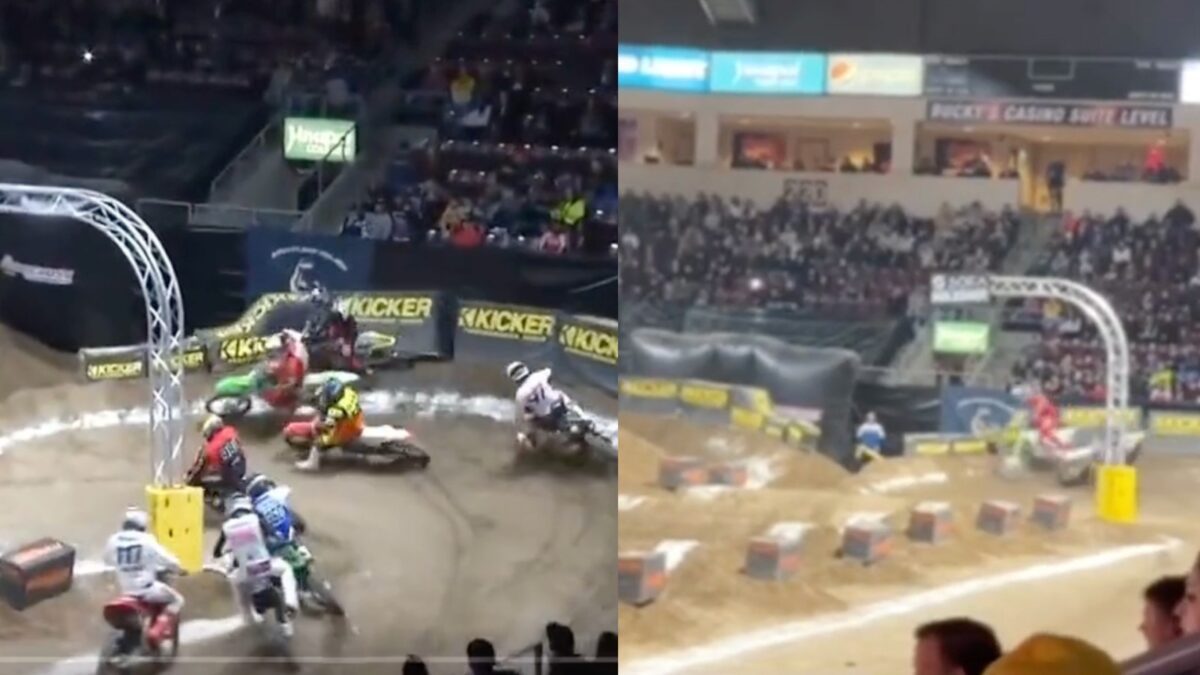 Well Arenacross didn’t disappoint yesterday with some drama. On a night when the majority of the field was filled by Supercross racers looking to make some coin with the Oakland round of the Monster Energy Supercross series postponed, tensions were high! While there was action in almost every race of the evening, the incidents (yes, there was more than one) between Cade Clason and Gared Steinke garnished the most attention. Including a fight! Scroll below for all we’ve found about the incident so far.

The first incident was the start of a heat race that Cade Clason and Gared Steinke were in. Steinke is the rider who goes down in this one.

When 5 seconds into the first gate drop @cadeclason52 kicks off the chaos… pic.twitter.com/grGZ1DUtAH

Stankdog – Yes I took cade out last night, after he took me out, Yes I waited for him, yes I know I was wrong and shouldn’t have waited, but for anyone that knows me knows my rules. You take money off my plate, you better be ready for me to take money off your’s.
Also for the altercation after the race, I guarantee you Cade will never look someone in the eyes again and tell them he’s gonna f-ing kill them, that’s a threat and fighting words in my book. Hope your chin feels ok @cadeclason