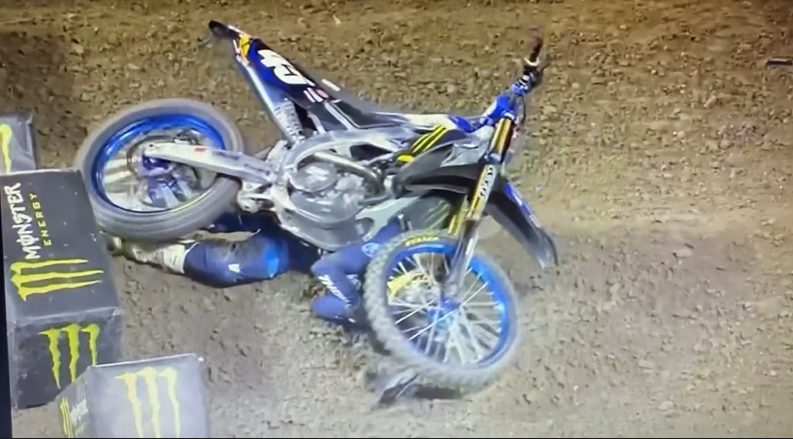 Colt Nichols had a gnarly crash in the whoops while leading the Heat1 race in the 250SX West region, what an awful way to start the season for the defending champ from last year in the East region ..

Colt Nichols – who had to work his way by Friese in those opening laps – crashing out in the second set of whoops while leading, appearing to be nursing his left arm after being attended to by the medical team and not being able to finish.

Early reports have Colt Nichols suffering breaks to both arms, a puncture wound in his hip, and a bad exhaust pipe burn from his heat race crash. Best wishes for a speedy recovery, champ! |

Check the video of the crash down bellow