| The Home of Motocross News
Home News Video: Dean Wilson Hits The Side of the Finish Line St. Louis... 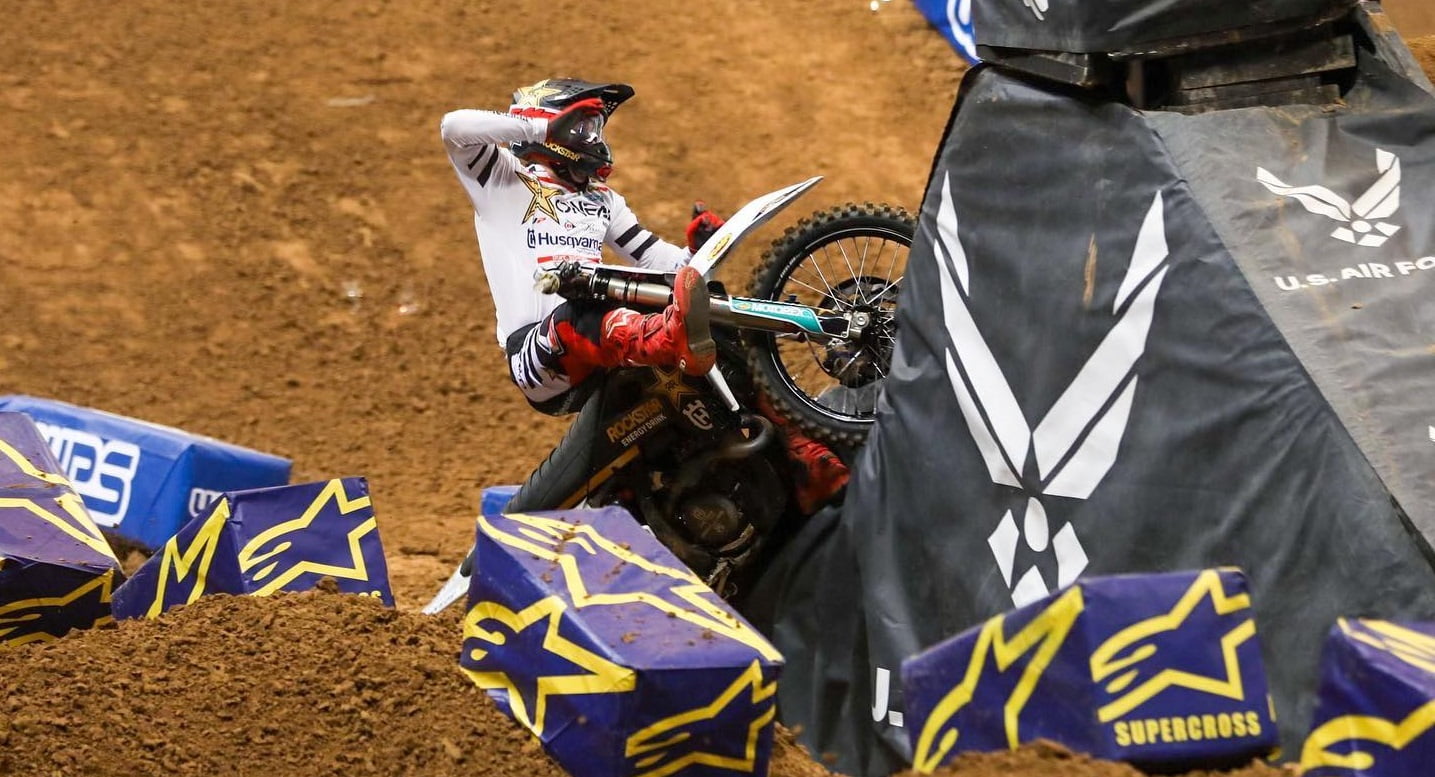 Dean Wilson had a wild crash at St. Louis Triple Crown Supercross tonight in Race 1, Dean lost control in the whoops and hit the side of the finish line hard.. We still don’t have an Injury update on Deano

“Wilson had a strong start to the day after securing a top-ten position in qualifying. However, things took a turn for him in the first main event of the night. With a top-ten start, Wilson was racing mid-pack early on but he experienced a hard crash that sent him off-track on lap three. He received trackside medical attention for quite a while before being transported out of the stadium.”

Wilson is still eighth in the championship standings, despite scoring just one point in St. Louis, but his status for the remaining four rounds remains uncertain. There were some bright moments for Rockstar Energy Husqvarna Factory Racing inside of The Dome at America’s Center, as RJ Hampshire secured his maiden victory in 250SX East. Malcolm Stewart was ninth overall in 450SX.