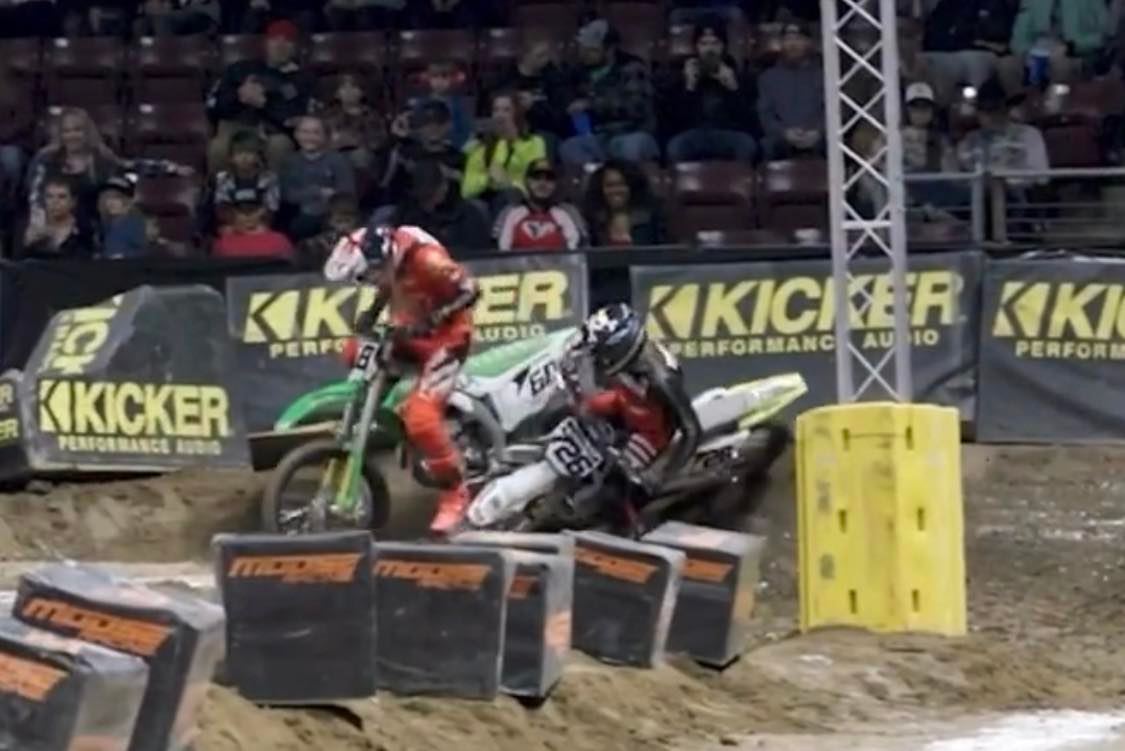 Despite no Supercross this weekend, there was still drama in the US with Arenacross providing the backdrop for Gerard Steinke to take out Cade Clason – then admit he did it on purpose as revenge for being taken out at the start of the race!

Here’s the vid of Steinke taking out Cade pic.twitter.com/r9kVOxSmAG