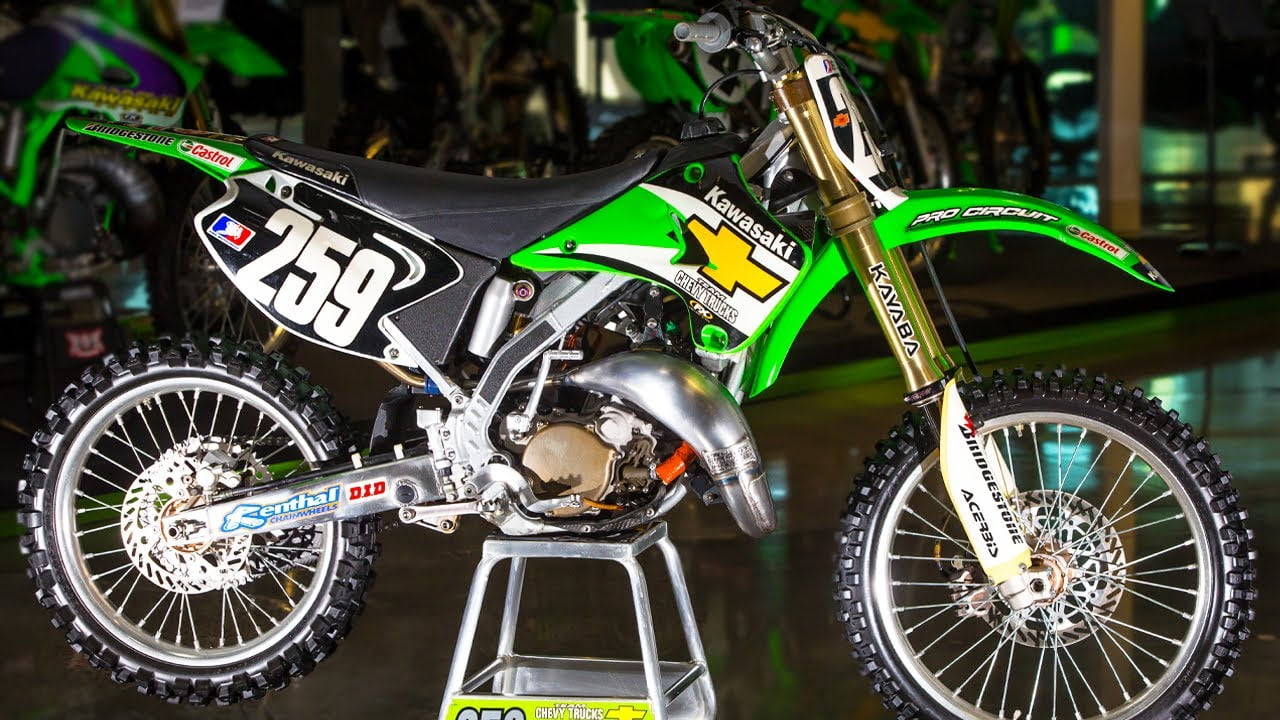 In 2004 James Stewart was able to fight against a stack field of four strokes on his Factory Chevy Trucks Kawasaki KX125 two stroke to win a Supercross and Motocross Championship.

Kawasaki pulled out James Stewart’s Kawasaki KX125 and let Motocross Action shoot it. We sat down with former Kawasaki Team Manager Bruce Stjernstrom to go over the stories of the era, the goodies on James’s bike, and what it was like to have one of the fastest men on the planet on Team Kawasaki at the time. We hope you enjoy this trip down memory lane from the Kawasaki Headquarters in Southern California. James Stewart will go down in history as one of the fastest motocross riders to ever touch a 125 two stroke.

See Stewart let Reed by at Unadilla and the Budds Creek ride from last, as mentioned by Bruce Stjernstrom, below, in a reminder of just how blazing fast the supremely talented Floridian was.