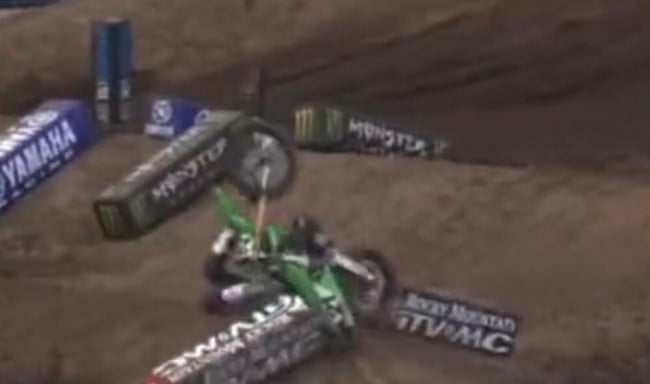 Monster Energy Kawasaki Jason Anderson went down in both qualifying sessions but, luckily, wasn’t hurt after this crash in Q1! Anderson rebounded well despite the mistakes to go 4th fastest in Q2.