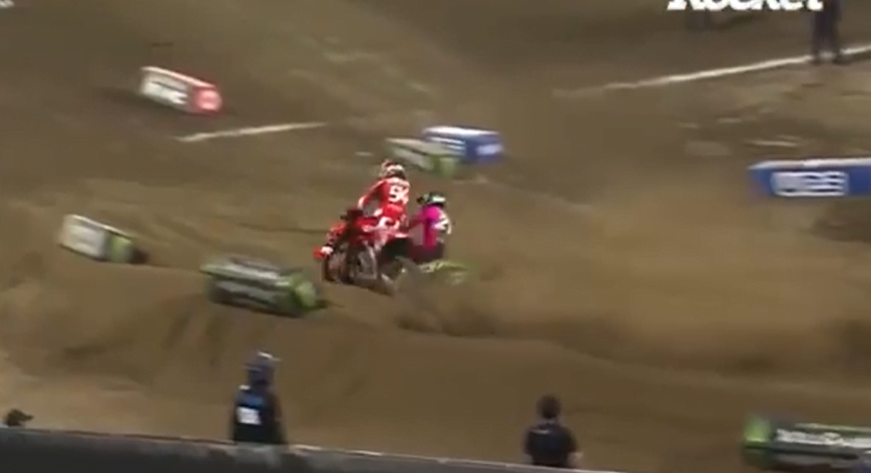 Jason Anderson took down Ken Roczen again for the second week in a row after the Kawasaki rider barged his way by the Honda rider for the lead early at Anaheim 2. Anderson almost went down as well but it was Roczen who found himself on the outside in the sand section and hitting the ground hard. It ruined the night for the German who had to come from the back to 13th and really puts a big dent into his championship ambitions, especially with points leader, Tomac winning.

An honest Anderson said: “It’s not the way you want to ride, so it’s really on me – I’ve been reading everything wrong all day on the track. It’s a bummer, I should have made a better move. Salvaged the day and move onto next weekend.”