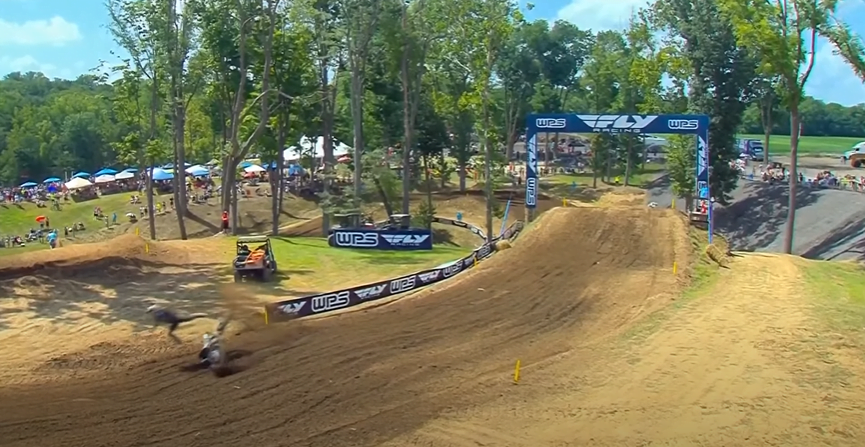 Martin unfortunately got driven off holding his wrist that turned out to be broken (confirmed by pit reporter, Ashley Reynard) meaning the end of his season as Lawrence went on to win with Justin Cooper fourth despite taking the holeshot.