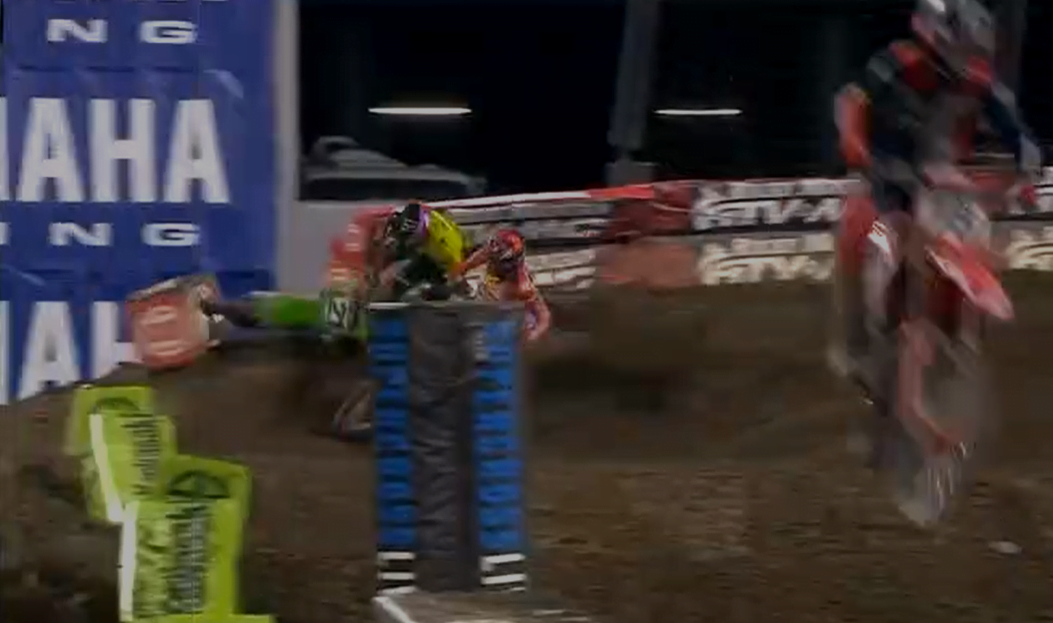 Jason Anderson El Hombre was having a perfect night on his Kawasaki debut and had just moved into second place late in the main event when Justin Barcia put a classic Bam Bam move on the unlucky Anderson leaving the Kawasaki man on the deck and Barcia on the podium!

Justin Barcia said he thought the pass was fine, saying in the press conference: “I’m not surprised someone asked that. It wasn’t gnarly at all, it was a great racing pass. I didn’t hit him too hard, we barely touched and I went on my way. Obviously he would have liked to have covered that line better but the way the ruts were I don’t think he was bale to do that, and I set myself up in that corner where he passed me for the next section better and honestly he would have gapped me so I had to go for it early and I’m stoked on a good racing pass. I hope the season keeps like that, we all respect it each and won’t carry anything from this – I hope the other guys won’t! I don’t think he’s the type of guy, that, well, I don’t know where he’s at mentally, but I think if he watches it, he’ll know it was a racing pass.”

Anderson also showed his humorous side on social media after, saying Barcia needs to buy Team Fried merchandise after the take out with tenth not paying as well as a podium – then Barcia replied saying he would! Sorry you fell I will definitely buy the apparel so the boys can make rent I’m a @teamfried.co fan so I will rock it