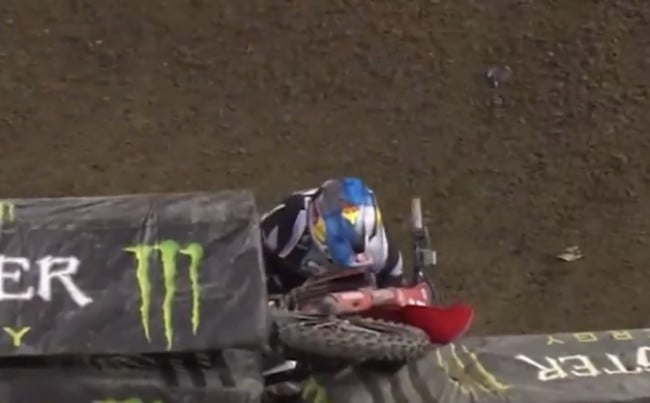 Ken Roczen crash in the whoops section again for the second time at Oakland Supercross Round 2, but this time it was costly with Roczen dropping from battling for the top five early is the main event, to finishing outside the top ten in thirteenth, leaving the title chase wide open and Justin Barcia with the red plate.

Problems for the points leader!! 😱

It follows the crash in practice that also claimed teammate Sexton, and, despite good heat races, both riders didn’t have their usual flow in the main event.