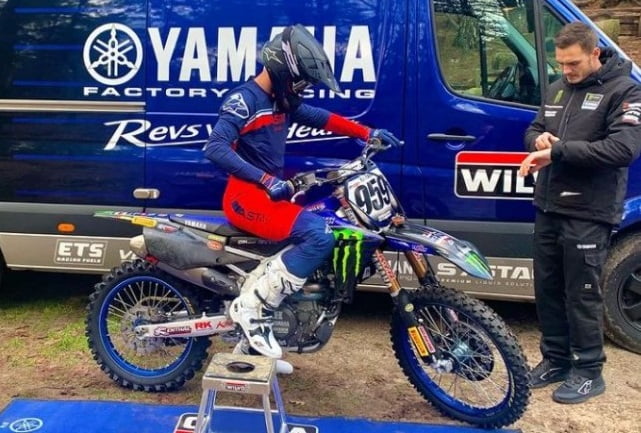 Reigning MX2 world champion, Maxime Renaux had never hidden his ambition to step up to MXGP as soon as possible.

Maxime Renaux made a big decision to move up to the MXGP World Championship in 2022 after clinching the MX2 world title this year in what was an amazing year for the French talent.

Maxime Renaux  : ” I’m really excited about the new challenge and the next chapter, moving to MXGP. I know this will be a whole new challenge, and it’s the most important part of my career because once you hit MXGP you are at the top, there is no category above. I feel ready for it and I am really looking forward to making this experience a good and long one. I tested the bike and I already feel very good and very comfortable. I’ve ridden a 450 in the past, so it’s not a new bike for me, but it’s the first time on a factory YZ450FM, and I already feel super ready for it. Now we are going to spend the winter testing and developing the bike to suit me the best and so that we are ready for next season. I look forward to this. “

You can see him on the 450cc as he’s already starting putting the laps in on the bigger bike: