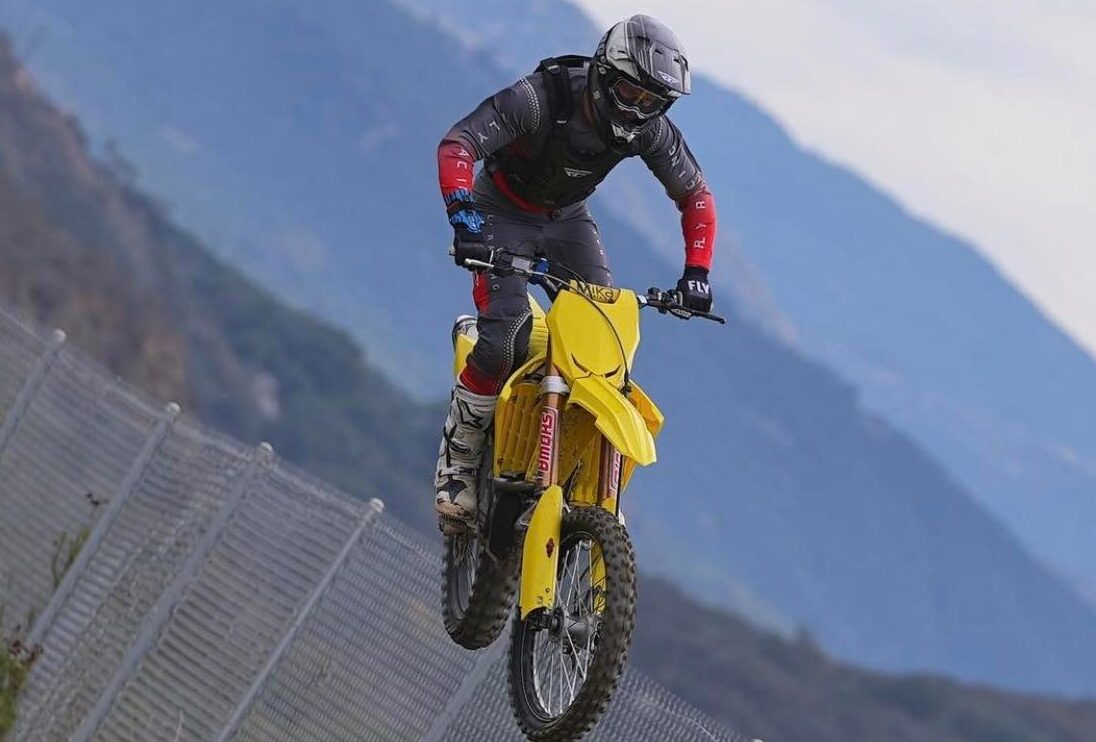 Shane McElrath started late training for ’23 Supercross Season this time on the yellow machine, the deal it’s done but it’s not official yet, already we have a leaked footage of McElrath testing the HEP Suzuki RM-Z450 on a Supercross track and preparing for the opening round at Anaheim 1 on January 7th

Good news for the sport and for Shane, who has struggled since his move to 450. We remember that he came very close to the SX East Coast title in 2020, failing only 9 points behind. a certain Chase Sexton, after having held the red plate for a long time on his Yamaha Star Racing. Since then, McElrath has changed teams more times than Rozcen has tried a bike in recent weeks. Signed to Moto Concepts for his debut with the “big boys”, a back injury prevented him from showing his skills in SX. Back in SX in 2022, he started the year in the Rocky Mountain ATV/MC team, the very one that sank during the season. Before bouncing outdoors at Husqvarna Rockstar while waiting for the return of Dean Wilson, then at ClubMX Yamaha. Before signing for Rick Ware Racing for World SX!

The signing of Shane McElrath in this revitalized Suzuki team should therefore be able to give some stability to this former great hope of the discipline. Who, despite his troubles, remains a very solid SX rider capable of approaching the top 5 in 450. New proof also of Suzuki’s sudden commitment, which has a strike force with the Roczen/Chisholm/McElrath trio considerable, with two strong riders and a star capable of winning races, or at least getting on the podium