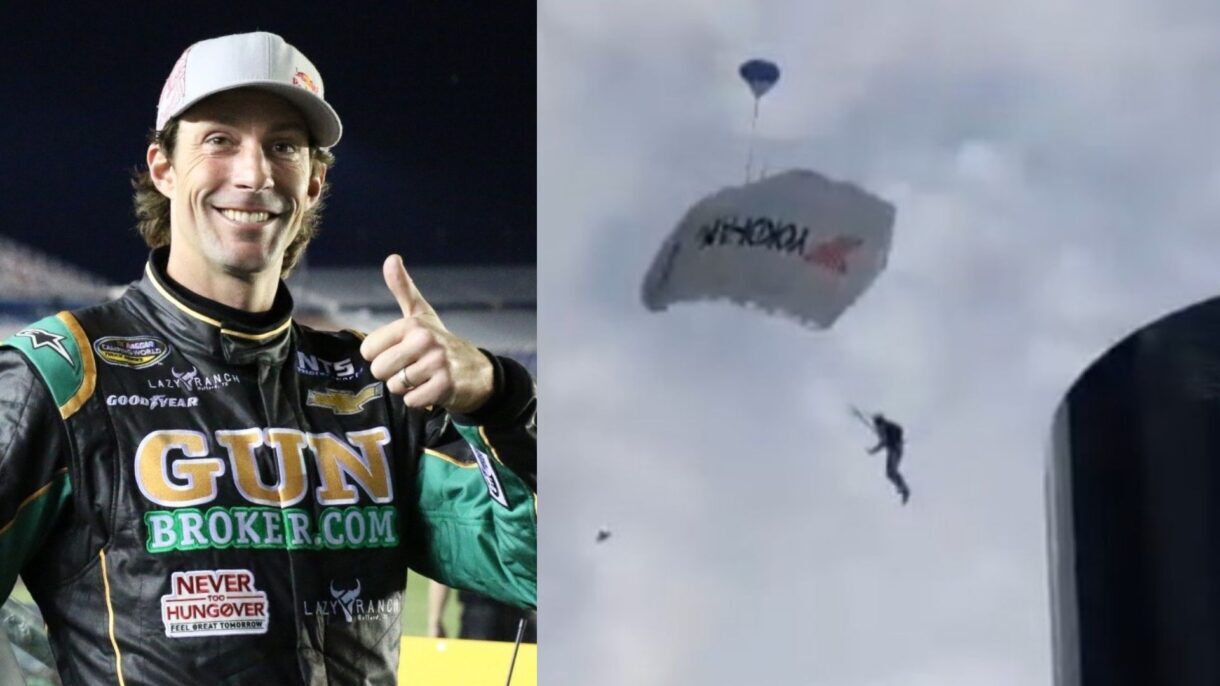 Travis Pastrana was hospitalized in Florida on Saturday when a BASE jump stunt went wrong.

The horrifying scene was capturing on video, where it appears Pastrana deployed his ‘chute a little too late, causing him to hit the ground with force.

“A spokesman for the production said that the stuntman suffered a broken pelvis, but he has had surgery, is feeling a lot better and can’t wait to get back to doing what he loves.”

Here is more from TMZ Sports:

“A stunt during that event did not go as planned resulting in a hard landing of a parachutist that jumped from the Hyatt Hotel,” Gollan said in a statement.

Thankfully Pastrana is expected to make a full recovery. Get well soon, TP.