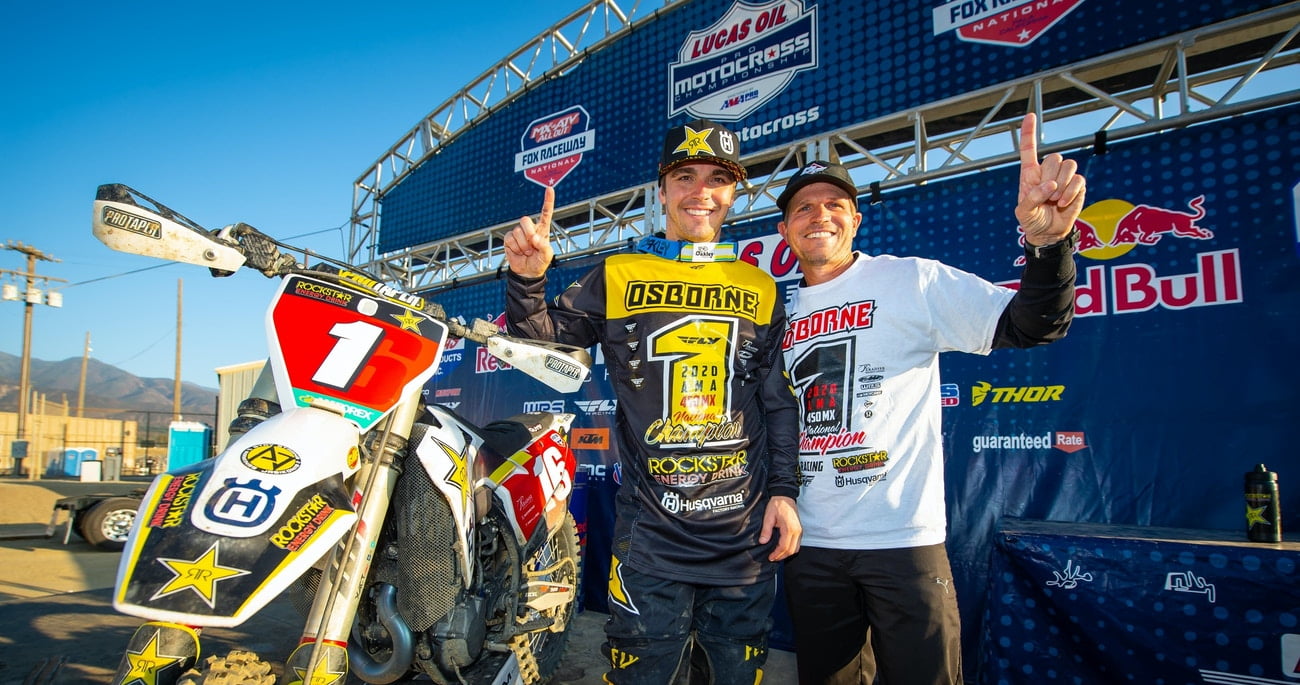 For much of this off-season, there were a lot of rumors that 2020 Lucas Oil Pro Motocross 450 Champion may have been forced to hang up the boots due to a back injury, which sidelined him for much of the 2021 season. Osborne was hopeful that he could return next year and even announced that he was coming back. Osborne told Racer X at the time that he’s “super grateful to have the opportunity to make a comeback and be able to race my last year like I always wanted to.”

Today, Osborne and the team announced that he would be hanging it up. This sucks. Congrats on a great career, Zach!

I’m officially retiring from professional Supercross and Motocross racing. It’s been an amazing ride and one that I wouldn’t change for anything as it’s gotten me to right here where I sit today! I’m forever grateful for opportunities from great individuals, companies and teams to have the best equipment and relationships to perform at the highest level and become a champion of the sport. I’ve achieved more than I ever imagined or even dreamed of as a child. There were plenty of lows in my day where I thought even a factory ride of any sort was out of the question let alone winning championships not only in the 250 class but in the 450 class as well. I’ve had an amazing run and even though it isn’t ending exactly how I would’ve wanted, I can say I’m content. I’ve poured my heart and soul into the last 16 years of professional racing as has my wife @brittney_osborne and even my kids. I’m so thankful we’ve gotten to experience this all as family and we will have those memories forever. For now, I’m taking some time to regroup, work on that honey-do list I’ve been neglecting for quite some time now and figure out what’s next! I’ll keep you guys updated. To the fans, Thank you so much for your support through my career!

Stephen Westfall – Rockstar Energy Husqvarna Factory Racing Team Manager:“I’ve had the pleasure of knowing Zach for a long time dating back to his amateur days and it’s been awesome getting to work with him for the past seven years. Zach helped put Rockstar Energy Husqvarna Factory Racing on the map, winning four championships for the brand and being a good mentor for the younger riders. He has had a great career and we wish him all the best in his next adventure.”

Robert Jonas – VP Motorsports Offroad:“Zach’s achievements during his time with the team has really elevated the Husqvarna Motorcycles brand in the USA. He won four championships in AMA Supercross and Pro Motocross on both FC 250 and FC 450 machinery, and without a doubt he was at his very best during the seasons that he raced for us. His career was not a conventional one, but through hard work and dedication, he really emerged as one of the best racers in the world in recent years. On behalf of Husqvarna Motorcycles, I would like to congratulate Zach for everything that he has achieved with us and I wish him well for the future.”

Osborne’s pioneering roots actually began with the Austrian-based company more than 20 years ago as he launched his amateur motocross career with KTM in 1996. A young Osborne became the second-ever KTM Jr. Racing SX Champion in ‘98 before going on to headline the brand’s minibike efforts on the new KTM 65SX. Following impressive results at the national level, Osborne became an instrumental part in developing the new-generation 85SX in the early 2000s, which has significantly impacted the bike’s success over the last two decades.