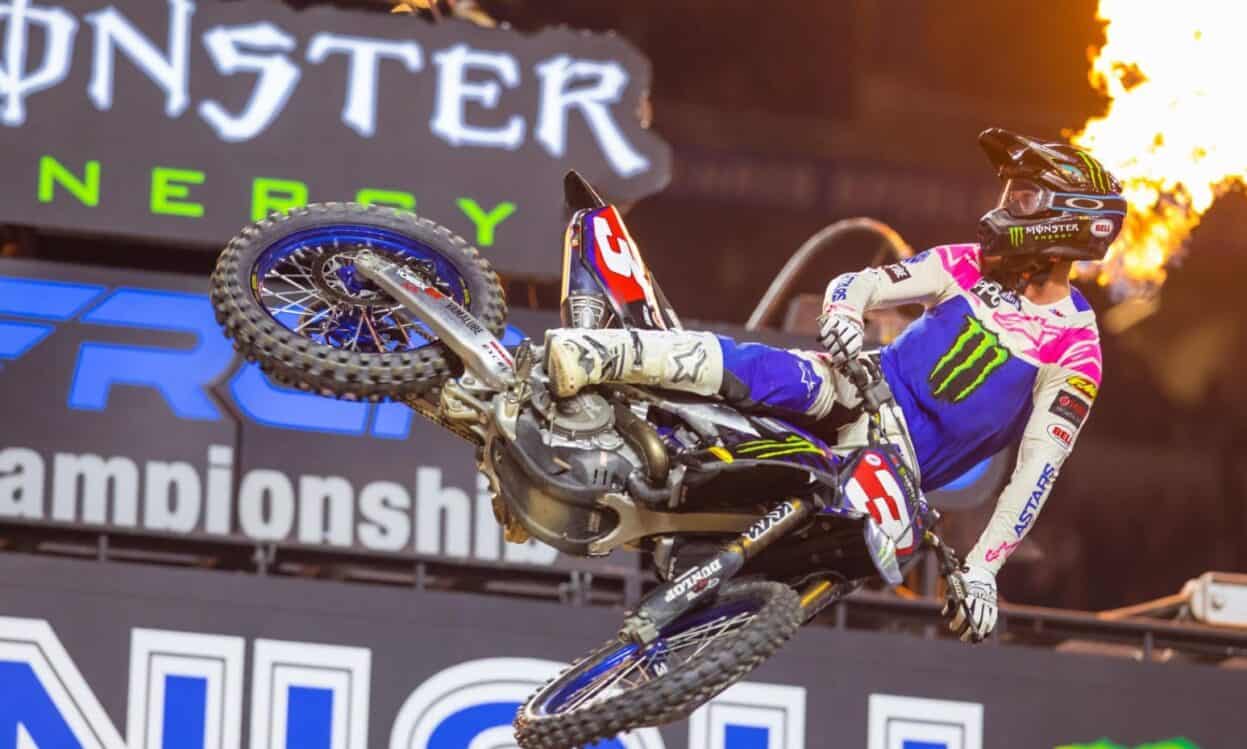 The eleventh round of the 2022 Monster Energy Supercross has arrived to Indianapolis, Indiana. It is amazing to think that after the Detroit massacre that the 450 class at Indy isn’t totally decimated, but Webb, Sexton and Anderson all say they will line up behind the gate on Saturday night. Only Dylan Ferrandis is going to sit it out with a wrist injury.

It should be an interesting night of racing as Tomac doesn’t have a care in the world with his massive points lead, while Jason Anderson and Malcolm Stewart are tied for second in the standings. Can either one of them resist the urge to blow the other guy out of the water? Meanwhile, Justin Barcia has pulled himself back into contention for a podium finish by seasons end as he is only 3 points behind the dangerous duo. Webb and Sexton, the two riders who looked like they would be out of the Supercross season after their brutal Detroit crash, only have six race left to make up Tomac’s 42 points lead, which means they really only have four race left (because Eli is two full races and 13 points ahead of them).