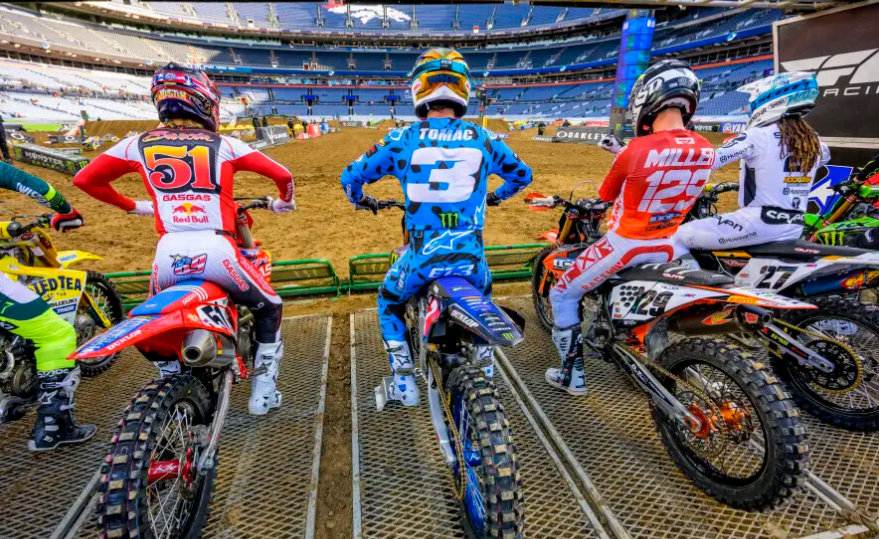 The final round of the 2022 Monster Energy Supercross season is finally upon us. While two of the three championships are wrapped up, there are still a couple of exciting battles we’re looking forward to in Salt Lake City. The 250 West championship remains unclaimed as Christian Craig still has a massive lead in the points with Hunter Lawrence and Michael Mosiman in second and third. But in fourth place, Jo Shimoda and Vince Friese are separated by two points. In the 450 class, Eli Tomac has already won the championship with Jason Anderson sitting second. However, the battle for third is where we’ll be looking as Malcolm Stewart, Justin Barcia, and Marvin Musquin are all within earshot of each other in the point standings.

This weekend also marks the second 250 East/West Showdown so scroll down below to find out everything you need to know about the upcoming season finale in Salt Lake City.